Witten city council passed a resolution on the war in Tigray

The resolution was sent to the Ethiopian Prime Minister Dr. Abi Ahmed

The German city of Witten is a twin city of the Ethiopian city of Mekelle. This has 500,000 inhabitants, is the second-largest in Ethiopia and the capital of the northern province of Tigray. There is currently a military conflict with great destruction and a most serious humanitarian catastrophe for the population.
The city of Witten and its citizens have been committed to the development of the city for more than 10 years with donations in materials, money, as well as work stays in Mekelle. Now it is to be feared that these successes will be undone by the military activities. Therefore, the council of the city of Witten contacts directly the Prime Minister of Ethiopia, Dr. Abi Ahmed with the request to bring about an end to the conflict. 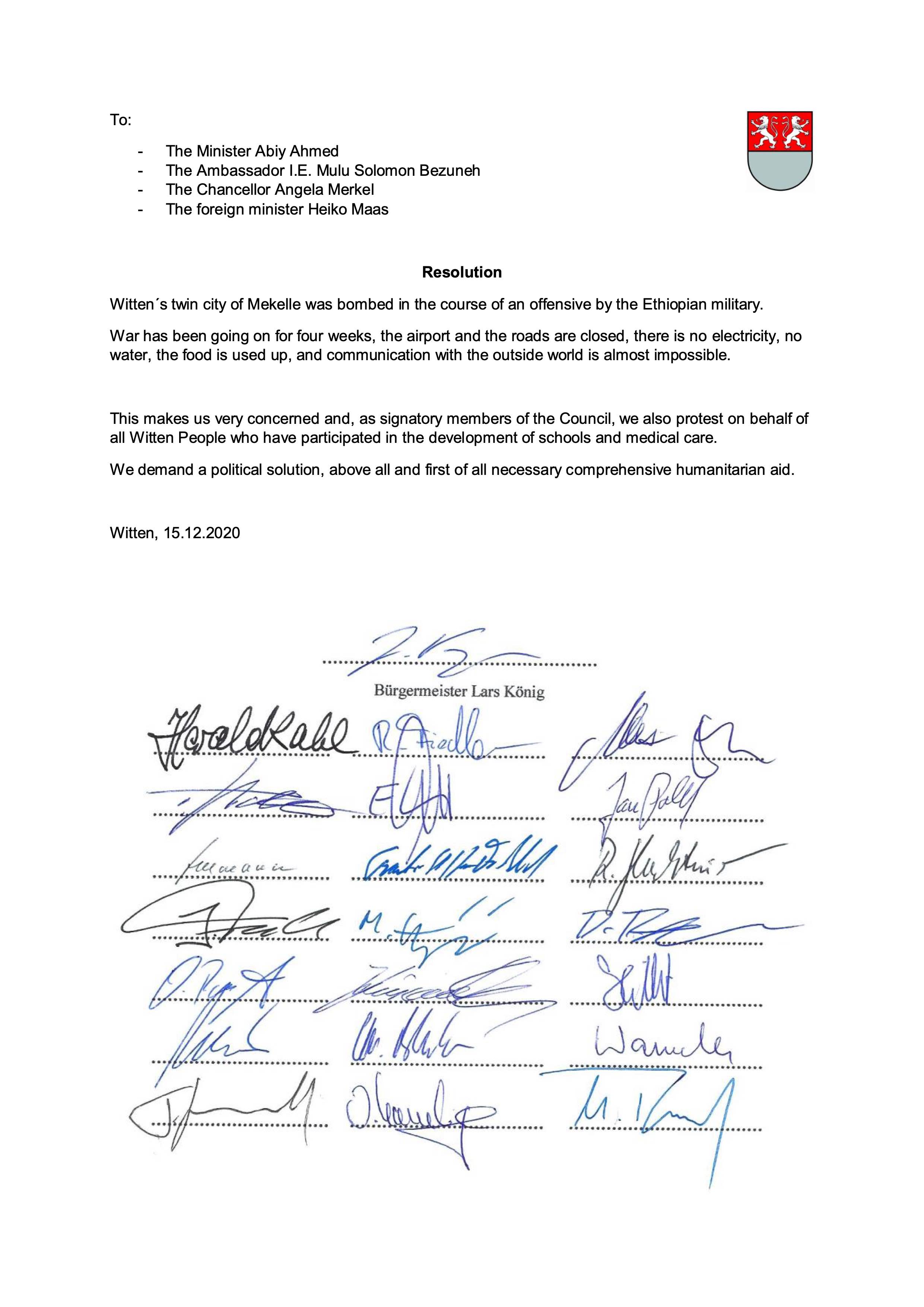