Ahmedin Idris, physician, initiator and co-chairman of the German Development Aid Association for Ethiopia, has been awarded the Federal Cross of Merit on Ribbon by German President Frank-Walter Steinmeier for special services in the field of development aid. The Order of Merit is the highest award given by the Federal Republic for services to the common good.

The award was presented on Oct. 10, 2019, and could not be handed over until Oct. 29, 2021, in a ceremony at the district office in Schwelm because of the Covid-19 pandemic. This ceremony was attended by the family and members of the association Etiopia-Witten.
It was followed by a great festivity for the members, friends and supporters of Etiopia-Witten assoc. family and family friends of Ahmedin. Many Ethiopian and Eritrean friends were among these. 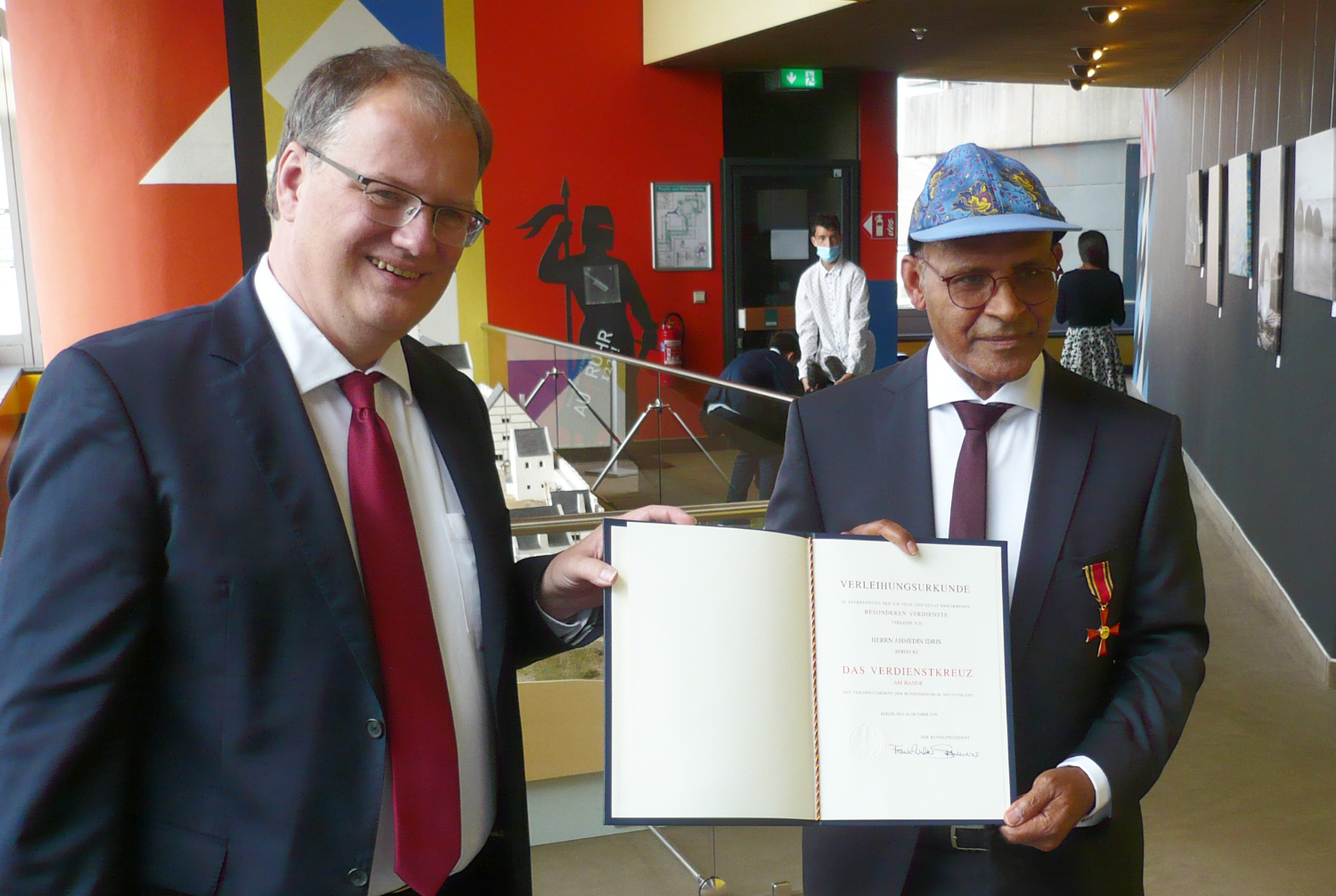 This is an emergency call from the abdominal surgeon Dr Reiye, one of the Clinical Directors of Ayder University Hospital Mekelle, Tigray, Ethiopia on August 13th, 2021, by satellite communication

Hello, I will ll try to update our current situation. The first will be the Ayder scenario.

No salary for the past 3 months and the banks are still closed, so you can imagine the frustrations.

There is no light, no water and related problems ( almost everything is related with electric power, especially cooking and water supply)

I'll come back with the overall regional status

Here you can see what is lost in Ayder Hospital (only full equipped hospital for 6 all Tigray) in pictures: 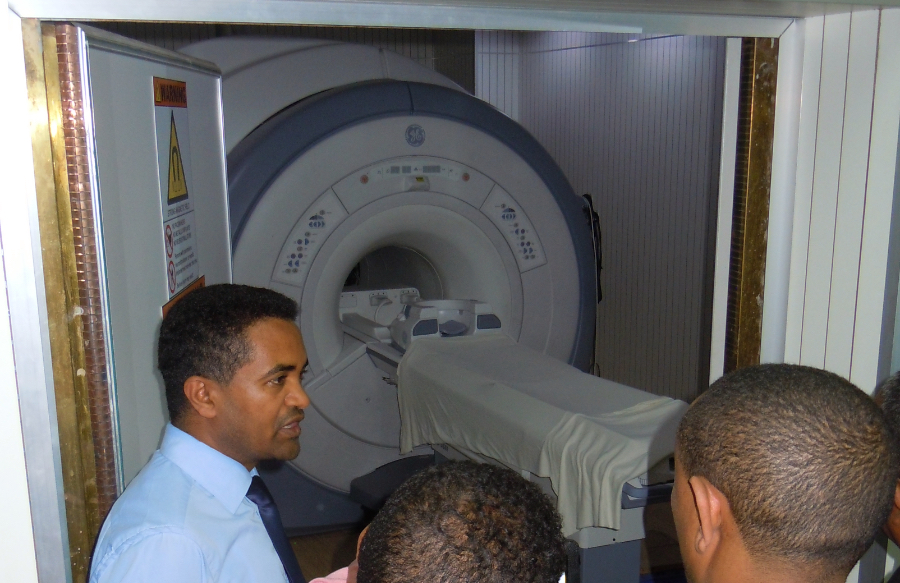 The up-to-date MRI machine (to repair at least €50,000 for new Helium is required) 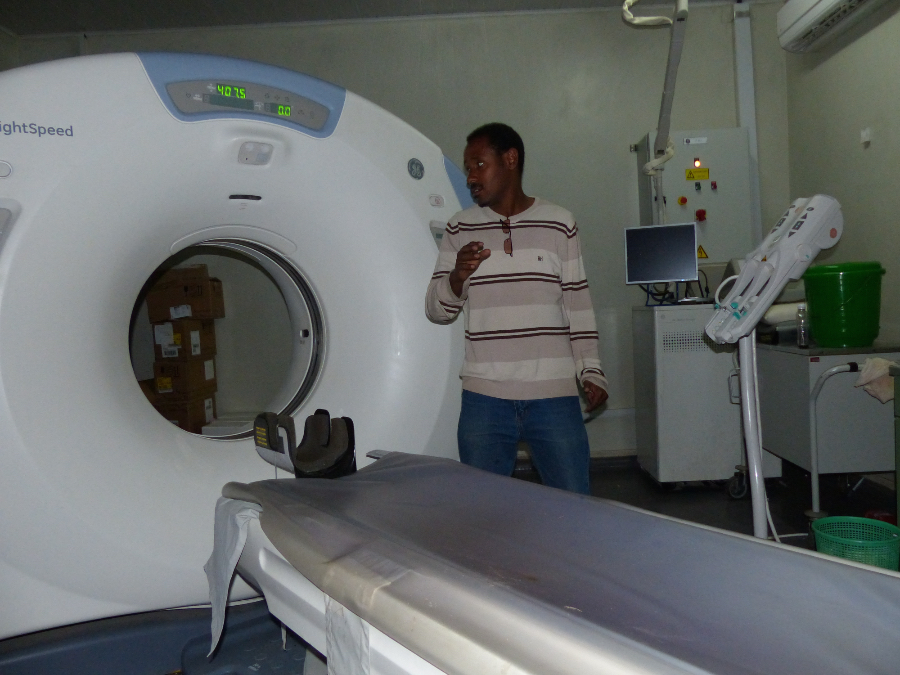 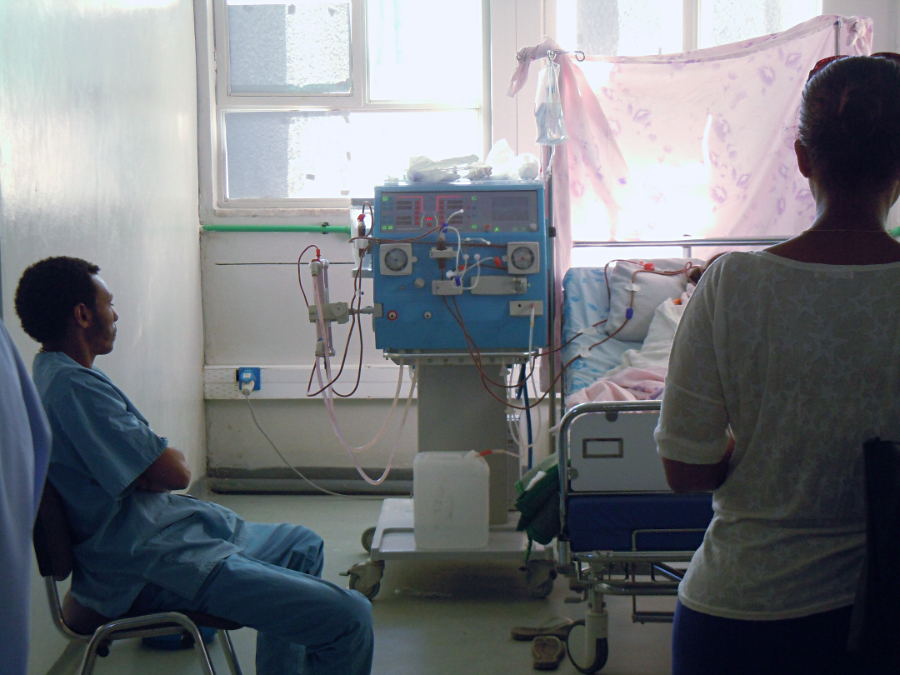 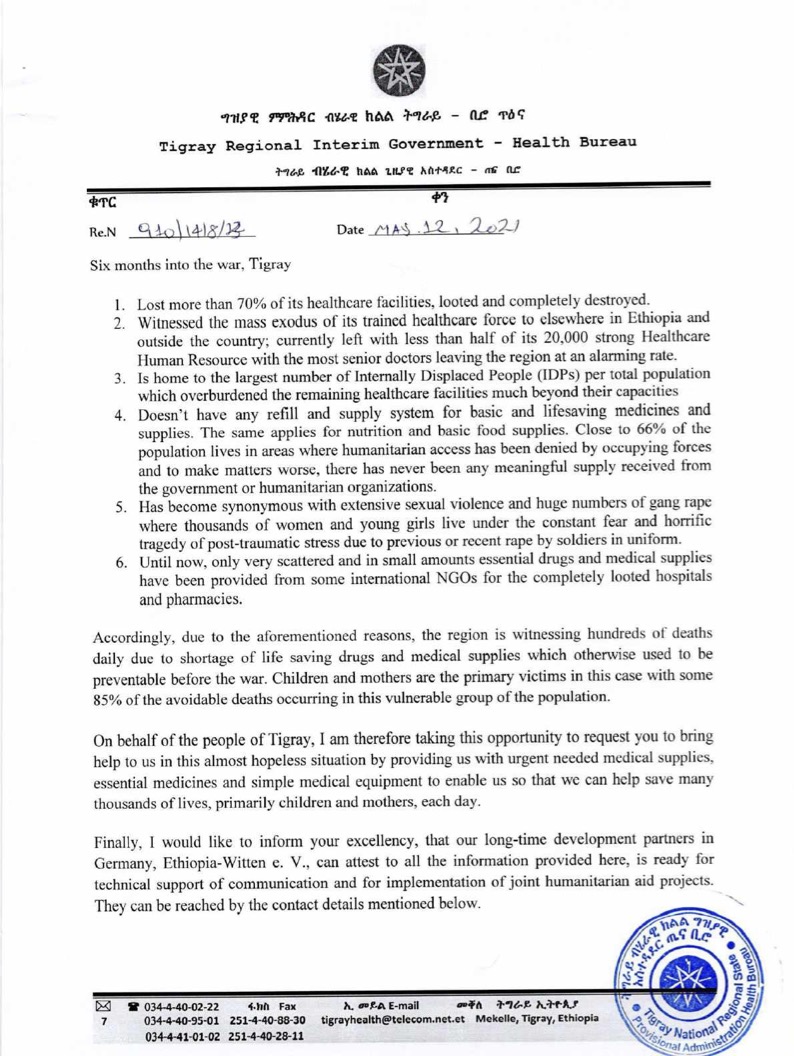 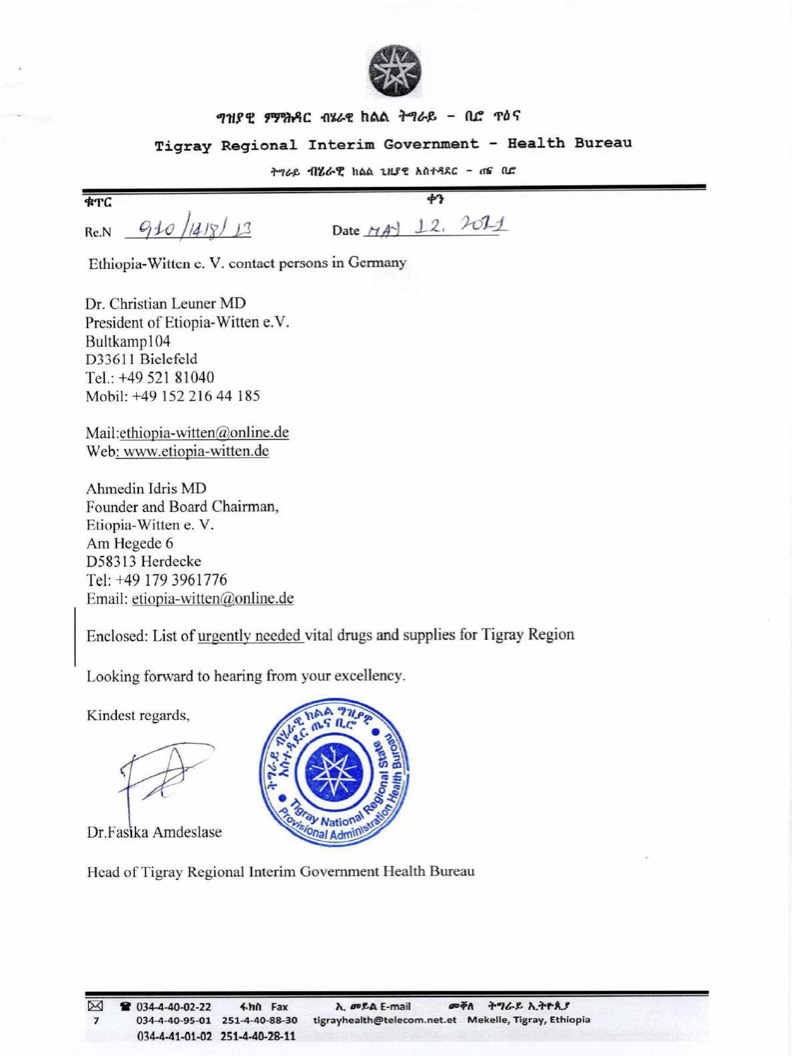 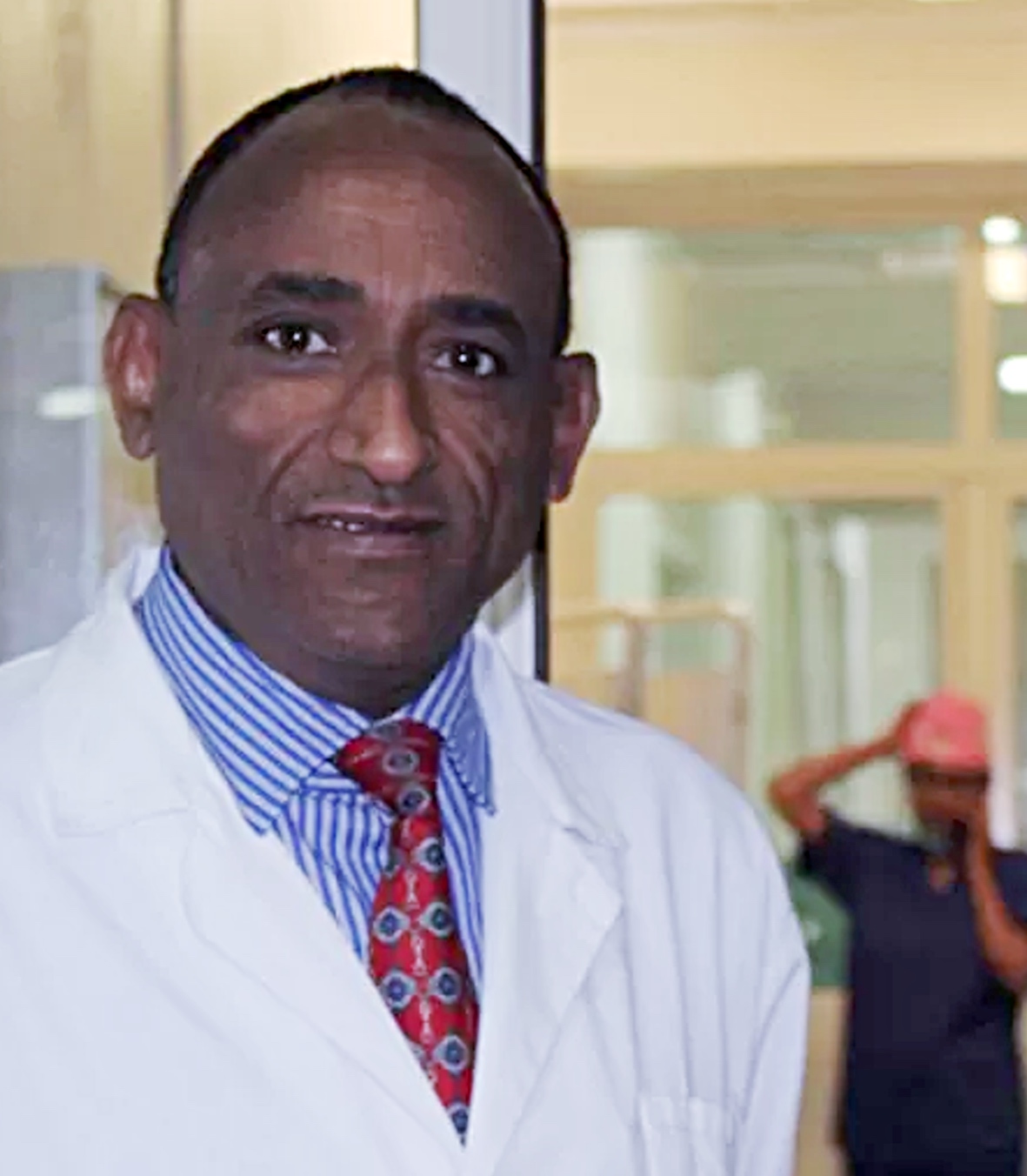 A few days ago, the only fully qualified Ethiopian gynecologist in the city of Mekelle and medical director of Hamlin’s Mekelle Fistula Hospital, Dr. Melaku Abriha and his wife were attacked and injured in his home by Eritrean soldiers

He is currently the only gynecologist in town who can operate on the serious injuries of Tigray women and girls who have been raped in large numbers by soldiers.

According to information from his family, the timely arrival of neighbors saved his life. It is reported that his injuries had to be treated surgically. The attacking soldiers are said to have asked him to leave the city of Mekelle. The big city with about 400,000 inhabitants and an additional 300,000 refugees would then be without gynecological care. As far as we know, Dr. Melaku refused to do so. 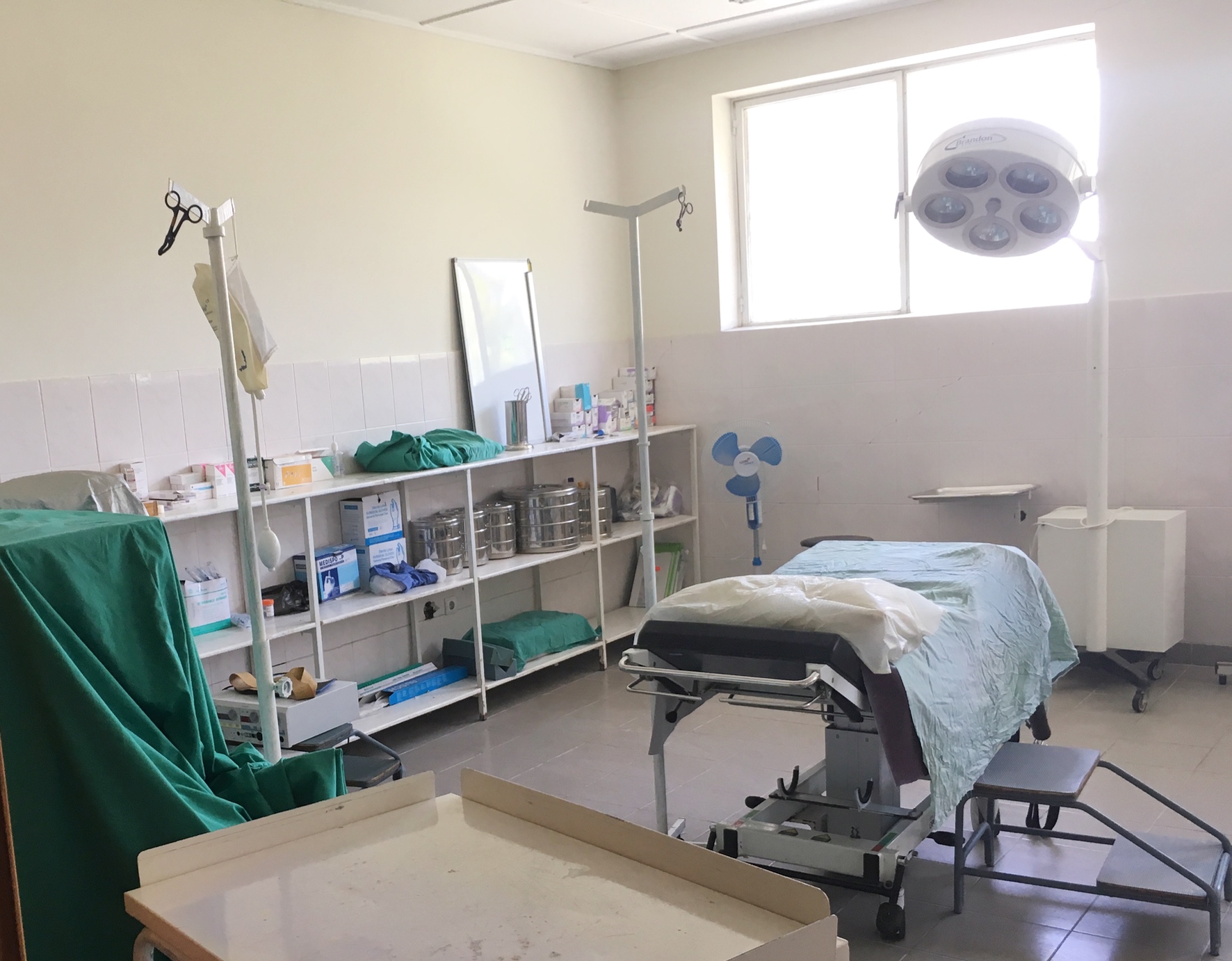 There is great concern that this attack by members of the Eritrean army who are in Mekelle could be a systematic action against the doctors there to force them out of the city and the region.

Since November 2020, the people in the Ethiopian northern province of Tigray have been suffering from extreme hardship due to armed conflicts in the form of displacement, death, rape and starvation.

The development aid association Etiopia-Witten e. V. is now, as it has been for more than 10 years, in close contact with the doctors in Mekelle and is currently helping there with their donations in the supply of medicines and medical aids.

To stop attacks on doctors in Mekelle and all over Tigray as well as the attempt to push them away, we urge the German government and the public to stand up for their protection.

German Etiopia-Witten Association has just got the information that emergency medical materials and drugs for Ayder Hospital in Mekelle had been successfully purchased in Addis Abeba and transported to Mekelle from the funded money that had been given by Etiopia-Witten. The ongoing war in Tigray is still giving extreme shortage of medical support for the suffering population because of the looting and destroying of the majority of the hospitals and health centers.

Etiopia-Witten Assoc. is giving 16,000 Euro funds for medical equipment and drugs in Tigray

With its donation of 16,000 euros, Etiopia-Witten has enabled the doctors at Ayder Hospital in Mekelle to obtain medical materials for the doctors to treat the suffering Tigray population. Medicines and medical equipment are bought in Addis Ababa and, thanks to the Red Cross, are brought to Ayder Hospital and other hospitals in Mekelle

Vigil for massacres in Tigray - Ethiopia on March 27th, 2021 in Witten town Germany 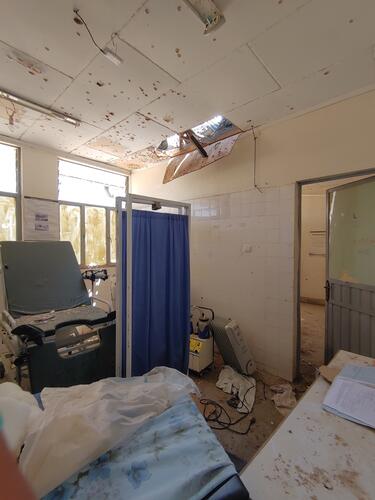 Etiopia-Witten Assoc. is giving funds for medical treatment in Mekelle

Just received reports from physicians from Mekelle hospitals confirmed information from the International Red Cross that the healthcare facilities in war hit Tigray are severely damaged and a nearly total lack of medical drugs including life-sustaining medications like Insulin for diabetics and others.

Several thousand of refugees from the nearby countryside have arrived in Mekelle including a considerable number (about 50 to 80) of raped women in bad health conditions including severe injuries and psychic traumatization. They are in Ayder Hospital and need urgently special medical and psychiatric treatment, but financing medical resources and even supply of food in the hospital is not secured.

Because of the more than 10 years lasting close cooperation with the dedicated physicians of Ayder Hospital, Etiopia-Witten is giving direct emergency financial funding to Ayder Hospital to give focused medical help to those in the greatest need.