The mayor of the city of Mekelle (Ethiopia), Daniel Assefa, visited the thwincity Witten (Germany) from 28.08. until 05.09. 2017. Organized was this from the association Etiopia-Witten with the citizen forum of the city Witten.

The extensive visit and information program included, among other things, the reception in the town hall of Witten, the Witten police council, the municipal waste authority in Wuppertal, the Marienhospital Witten, Witten's world shop, Onion kermes Witten, the Construction Planning Office, the builder's yard in Dortmund, and contacts with representatives of the Protestant and Catholic Church. He was accompanied by numerous members and supporters of the association Etiopia-Witten eV and its chairman, the internist Ahmedin Idris.

On the background of the already good cooperation between the city of Mekelle and the city of Witten and the surrounding villages, this could be further deepened, in which  concrete joint projects were agreed at the local level in Mekelle. 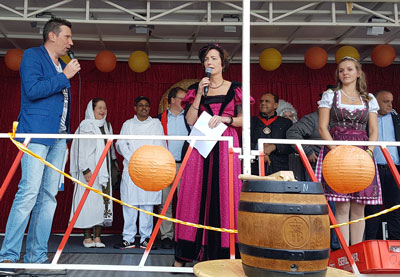